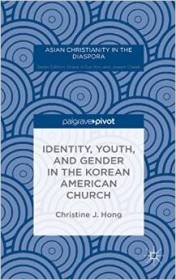 It is the second book in the Asian Christianity in the Diaspora book series in which Dr. Joseph Cheah and I are co-editors.

The first book in the series was Theological Reflections on “Gangnam Style” co-written by Cheah and myself.

There are several other books coming out in the series. Watch out for their release.

Christine J. Hong is the Assistant Professor for Worship and Evangelism in the Practical Theology at Louisville Presbyterian Theological Seminary, USA. Previously she was the Associate for Interfaith Relations at the national offices of the Presbyterian Church, USA.  Hong is also a contributor to a forthcoming edited book, Here I Am, edited by Kim (Judson Press, 2015). 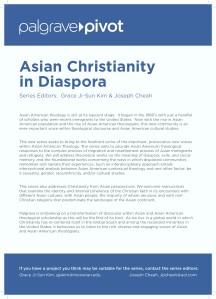 This new series seeks to bring to the forefront some of the important, provocative new voices within Asian American Theology. The series aims to provide Asian American theological responses to the complex process of migration and resettlement process of Asian immigrants and refugees. We will address theoretical works on the meaning of diaspora, exile, and social memory, and the foundational works concerning the ways in which displaced communities remember and narrate their experiences. Such an interdisciplinary approach entails intersectional analysis between Asian American contextual theology and one other factor; be it sexuality, gender, race/ethnicity, and/or cultural studies.

This series also addresses Christianity from Asian perspectives. We welcome manuscripts that examine the identity and internal coherence of the Christian faith in its encounters with different Asian cultures, with Asian people, the majority of whom are poor, and with non-Christian religions that predominate the landscape of the Asian continent. 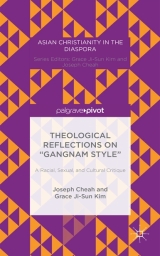 Palgrave is embarking on a transformation of discourse within Asian and Asian American theological scholarship as this will be the first of its kind. As we live in a global world in which Christianity has re-centered itself in the Global South and among the racialized minorities in the United States, it behooves us to listen to the rich, diverse and engaging voices of Asian and Asian American theologians.

If you have a project you think may be suitable for the series, contact the series editors:  Grace Ji-Sun Kim, gjskim@hotmail.com & Joseph Cheah, Jpcheah@aol.com

4 thoughts on “Identity, Youth, and Gender in the Korean American Church (Asian Christianity in the Diaspora)”