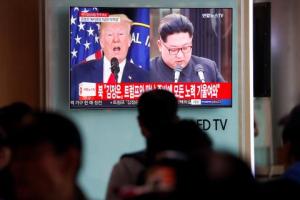 This is my latest piece for Sojourners‘ co-written with Rev. Jesse Jackson.

We need to continue to work for peace and pray that peace will come to the Korean Peninsula. END_OF_DOCUMENT_TOKEN_TO_BE_REPLACED 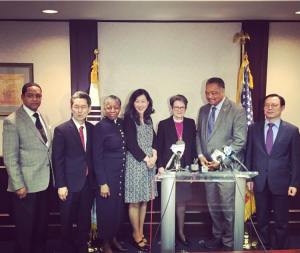 It was wonderful to participate in a press conference with the Korean Consul General in Chicago, Jong-Kook Lee and Rev. Jesse Jackson on the Inter-Korean Summit and the work of building #peace on the #Korean Peninsula.

April 27th Inter-Korean Summit was a historical moment. We hope that this is the beginning of the peace process in the Korean peninsula. END_OF_DOCUMENT_TOKEN_TO_BE_REPLACED 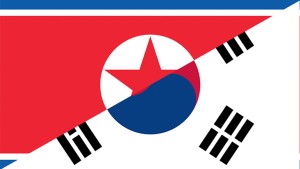 Let us pray for peace in the Korean peninsula.

Below is my reflection on the Inter-Korean Summit happening on April 27, 2018.

We all live with hope for peace. END_OF_DOCUMENT_TOKEN_TO_BE_REPLACED

Here is my latest Huffington Post, “A Cry for Peace: Reunification of North and South Korea”.

Despite rising tensions between President Trump and Kim Jung Un, the annual military exercises by the U.S. and South Korea remain scheduled for August 21-31, 2017. This drill will be a coordinated naval, army and air force involving tens of thousands of American and South Korean troops. President Trump has raised the temperature by warning, “North Korea best not make any more threats to the United States, They will be met with fire and fury like the world has never seen”. North Korea quickly responded by threatening to fire missiles at the United States’ territory of Guam. END_OF_DOCUMENT_TOKEN_TO_BE_REPLACED 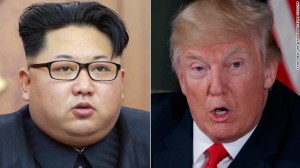 END_OF_DOCUMENT_TOKEN_TO_BE_REPLACED

It is so nice to share meals and talk about theology and Asian Christianity. It was so nice to meet Yong Ting Jin who edited “In God’s Image” journal for many years. Thank We also visited the Thai Buddhist Temple and I really wished my “Interfaith Dialogue” class could have visited with me.

Books I have contributed to