Read this Forbes article on my son’s work (Theodore Lee). He and four other Hopkin’s students have come up with a solution to help nasal congestion, AssistENT. So proud of him!!

Below is a repost of the Forbes article.

The team interviewed patients and shadowed Dr. Patrick Byrne, professor and director of Facial Plastic and Reconstructive Surgery for JHU’s School of Medicine beforedeciding to create an effective solution to a problem that personally affects some of them as well as their family members. They went on to invent the N-Stent, a daily-wear nasal breathing aid. AssistENT’s clinical liaison and co-inventor, Melissa Austin said N-Stent was designed as an over-the-counter intranasal dilator intended for use throughout the day, at night and even during exercise, and that it achieves the same effect as nasal reconstructive surgery.

when placed inside the nasal passages. Team AssistENT promises that with their device, sufferers will be able to improve their breathing without the risk and expense of surgery or the embarrassment and discomfort of existing nose dilators initially intended as sleep aids.

“With N-Stent, sufferers will no longer be subjected to either undergo nasal reconstruction – an expensive and invasive surgery which does not guarantee improved symptoms – or to purchase over-the-counter nasal dilators, which consumers have found to be uncomfortable and too visible,” Austin said. “N-Stent is a consumer-friendly alternative that is positioned for market domination. Thanks to N-Stent, nasal obstruction sufferers can finally say goodbye to mouth breathing, habitual snoring, difficulty breathing through their nose and uncomfortable or expensive solutions.” 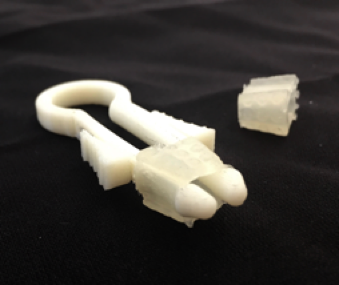 Team AssistENT compares the potential results of N-Stent in nasal obstruction sufferers to what contact lenses have done for glasses-wearers. Watch how the device works here.

Restricted nasal breathing is one of the most commonly heard complaints by ENTs, or ear, nose, and throat specialists, affecting over 20 million people in the United States.

A team of five biomedical engineering undergraduates at John Hopkins University (JHU) plan to manufacture and sell a device that they say would achieve the same effect as nasal reconstructive surgery for sufferers of chronic nasal obstruction – a condition that affects tens of millions of Americans. Dubbed Team AssistENT, the five students – including Melissa Austin, Eric Cao, Talia Kirschbaum, Theodore Lee and Harrison Nguyenhe – have won the $10,000  “Use it!” Lemelson-MIT Student Prize for 2018.

According to the U.S. National Library of Medicine of the NIH, nasal congestion – which may be described as fullness, obstruction, reduced airflow or being “stuffed up” – is commonly seen by doctors. Conditions and diseases associated with congestion include nasal polyps, obstructive sleep apnea, anatomic variation, allergic rhinitis and rhinosinusitis. Congestion can be caused by various allergic and non-allergic rhinitis. Allergic rhinitis affects as much as one quarter of the population worldwide and imposes a significant economic burden as well as significantly impairing quality of life through decreased daytime productivity at work or school and reduction in night-time sleep time and quality.

Annually, rhinosinusitis affects tens of millions of Americans and leads to approximately $6 billion in overall health care expenditures and has been found to be one of the most costly physical conditions for U.S. employers. “Given the high prevalence and significant social and economic burden of nasal congestion, this symptom should be a key consideration in treating patients with rhinologic disease,” the NIH states, “and there continues to be a significant unmet medical need for effective treatment options for this condition.”

The National Center for Biotechnology Information(NCBI) of the National Institutes of Health (NIH), reports that with the geriatric population projected to reach nearly 20% (71.5 million people) of the U.S. population by 2030, physicians will face complaints of rhinitis with increasing frequency. “Nasal symptoms pose a significant burden on the health of older people and require attention to improve quality of life,” the NCBI states, adding that several mechanisms likely underlie the causes of rhinitis, including inflammatory conditions and the influence of aging on nasal physiology.

“Slight dilation of the nasal passages directly counteracts obstruction at its source, and reverses symptoms in 90% of those afflicted. To this end, over 125,000 sufferers choose to undergo a functional rhinoplasty each year,” Austin said. “However, after a painful year-long recovery, up to 20% of these patients return to their surgeons postoperatively, complaining of worsened or unimproved symptoms.”

Those who view surgery as too extreme for their non-life-threatening symptoms often use nasal dilators, such as Breathe Right strips, at home and overnight. And though these devices instantly reproduce the effects of surgery, says Austin, they are often uncomfortable and too visible to wear in public. 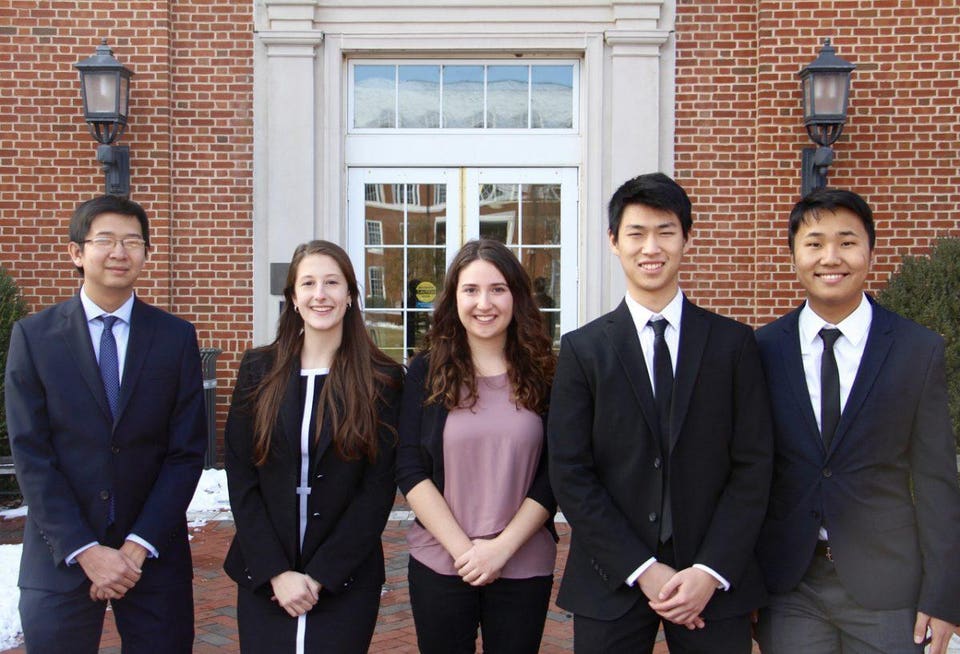 Austin said N-Stent is a discrete nasal dilator that is worn inside the nose to open the airways and aid breathing. “Much like a contact lens, the device is inserted and removed daily by the user. It instantly enables clear nasal breathing, it is invisible to others during use, and users acclimate to wearing the device in minutes.”

Prototypes of the device are not noticeable when inserted in the nose, are comfortable during extended use, and remain stable in the nose under a sneeze or peak inhalation, she said.

“AssistENT is about to begin a clinical trial approved by the Johns Hopkins Institutional Review Boards centering on comparisons between our N-Stent breathing aid and commercially available sleep aid dilators,” Austin said. “While a clinical trial is not necessary for our class of technology, we aim to concretely demonstrate N-Stent’s efficacy, safety and usability to nasal obstruction patients and the medical community, including the general practitioners, ENTs, allergists, dentists and sleep specialists who see value in our product and need clinical data to confidently recommend or offer samples to their patients.” The team expects to conclude the study by the end of 2018, she said.

Austin said TeamENT aims to drive potential customers to their website and social media spaces to build a strong base of supporters as well as develop an audience in advance of a Kickstarter campaign. She said these actions will “be a means of procuring feedback from eager early adopters outside of a rigid clinical setting.”

Following the clinical trial and crowd funding, the team plans to move into volume production, aided by partners at Harbor Designs and Manufacturing, LLC, a certified product development firm in Baltimore, Maryland, which has been working with them to implement quality management systems and plan production.

Initially, Team AssistENT hopes to distribute part of its inventory as samples to existing partners in the medical community who have expressed interest in trying the N-Stent with their patients. “We are working to form additional partnerships to get our device into the hands of physicians and the noses of nasal obstruction sufferers in the coming months,” Austin said. “Further in the future, it will be critical to secure consumer-facing distribution and retail relationships and develop digital and even television advertisements in advance of our official product launch sometime next year.”

The team hopes to sell and distribute their device directly to consumers at $4 per reusable pair through online retailers.

Robin Seaton Jefferson lives just outside of St. Louis with her husband of 24 years and two daughters. Find her on Twitter and Facebook @SeatonJefferson or contact her at rsjreporter@charter.net.

*****AssistENT offers an anti-snoring device you stick in your nose