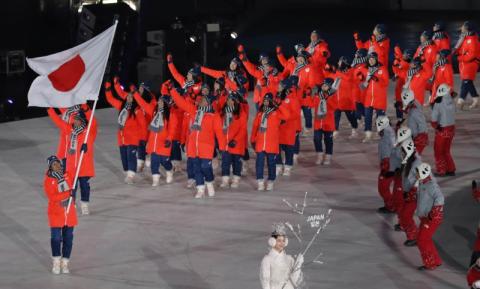 This is my latest commentary for Sojourners regarding NBC Commentator’s offensive comments about Korea.

What the Church Can Learn from NBC’s Offensive Korea Comments

The Olympics are usually a time for athletic diplomacy, characterized by astounding performances of the world’s best athletes in a spirit of friendly competition. Unfortunately, this year’s Olympics began on a sour note. On Feb. 9, during the 2018 Winter Olympics opening ceremony, one of the NBC broadcasters, identified to be Joshua Cooper Ramo, introduced Team Japan by saying, “… now representing Japan, a country which occupied Korea from 1910 to 1945. But every Korean will tell you that Japan is a cultural and technological and economic example that has been so important to their own transformation.”

This was a highly offensive comment to Koreans worldwide. The Japanese occupation was devastating to Korea, and its effects are still felt in today’s divided Korea. Many Koreans were killed during the Japanese occupation, which began in 1910 and lasted until 1945. Many were taken as slave workers — and as sexual slaves to gratify Japanese soldiers. Korean culture was uprooted and everything Japanese was promoted. In 1939, many were pressured to change their names to Japanese names. Furthermore, the Japanese persecuted the Christians. The effects of Japanese colonialism are still felt today, and many believe that the division of the country of Korea would not have occurred in the absence of Japanese colonialism.

“The colonial narrative that colonizers sometimes improve the lives of colonial subjects is false and is used as a propaganda tool by those who seek to justify continued invasion and colonization of the world through imperialism.”

For the rest of the article please go to Sojourners.

Grace Ji-Sun Kim (@Gracejisunkim) is an associate professor of theology at Earlham School of Religion. She is the author of 13 books, including Mother Daughter Speak: Lessons on Life and Embracing the Other: The Transformative Spirit of Love.

I am so excited and honored to be invited to be the Robert F. Jones lecturer at @austinseminary for the MidWinter lectures.