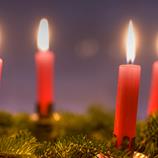 During the season of Advent, we are reminded of joy, hope, love and peace. It was a great joy to meet Kenneth Bae.  My latest Huffington piece co-written with Rev. Jesse Jackson.

In the life of the church, Advent is a season of waiting — waiting to celebrate the birth of Jesus. Advent is also a season of hope as the church lives in the hope that Jesus brings. Throughout our lives, we experience seasons of waiting of differing time periods and intensities. We also live in hope.

Kenneth Bae and his family and friends know something of waiting and hoping. For over two years, the Democratic People’s Republic of Korea imprisoned Kenneth Bae. He was finally released on November 8, 2014.

Throughout this year, filled with action and prayer for Bae, there were moments when our hopes were dashed. We believed the government of the Democratic People’s Republic of Korean would release Bae before the joint military exercises in the Spring between the United Sates and the Republic of Korea, but that failed to happen.

Over the course of his imprisonment, Bae experienced health problems. He was moved from hard labor to the hospital and then back to hard labor again. His health issues gave hope that the Democratic People’s Republic of Korea would release him on humanitarian grounds. But those hopes were not realized.

When you are in a hole, a deep hole of uncertainty, fear, and captivity, hope is essential. Hope comes from God. Hope comes as God moves people, sometimes people we do not know, to reach out to us. In the Old Testament, when Joseph was put in a hole by his own brothers, God watched over him and Joseph received new life through the strangers to whom his brothers sold him. God is at work in our lives even in our darkest moments. The season of Advent reminds us that hope sustains us and carries us through the darkness. 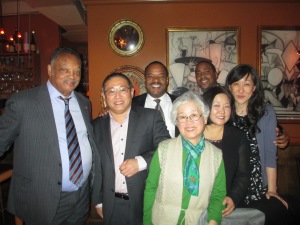 As Kenneth Bae found himself in a deep hole of solitude and loneliness, God delivered him. Through Bae’s ordeal, God gave him hope. Bae never surrendered his faith. Sustained by faith and hope, he endured over two years of hard labor.

It was with inexplicable joy that we met Kenneth Bae on December 1, 2014 in Seattle, Washington, a few weeks after his release. We immensely enjoyed our time with him and his family. Bae is quiet and soft spoken, a kind man with an enormous smile and a beautiful heart.

[read also: The Nation,  What I Learned & Reconciliation Replay] 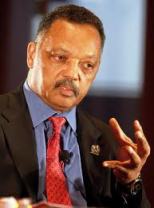 The Reverend Jesse Louis Jackson, Sr., founder and president of the Rainbow PUSH Coalition, is one of America’s foremost civil rights, religious and political figures. Over the past forty years, he has played a pivotal role in virtually every movement for empowerment, peace, civil rights, gender equality, and economic and social justice. On August 9, 2000, President Bill Clinton awarded Reverend Jackson the Presidential Medal of Freedom, the nation’s highest civilian honor. Follow him on twitter.

Grace Ji-Sun Kim is Visiting Researcher at Georgetown University.  She is the author of 7 books, Embracing the Other (forthcoming); Theological Reflections on “Gangnam Style” (Palgrave) co-written with Joseph Cheah; Reimagining with Christian Doctrines (Palgrave) co-edited with Jenny Daggers; Contemplations from the Heart (Wipf & Stock); Colonialism, Han and the Transformative Spirit (Palgrave); The Holy Spirit, Chi, and the Other (Palgrave); and The Grace of Sophia (Pilgrim Press). She is a co-editor with Dr. Joseph Cheah for the Palgrave Macmillan Book Series, “Asian Christianity in Diaspora”.

6 thoughts on “Advent Hope: The Joy of Meeting Kenneth Bae”