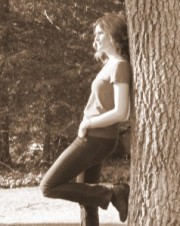 My friend and co-editor of EFSR, Dr. Kate Ott writes numerous blogs and posts.  Read this one about the ethics of the ALS Ice Bucket Challenge. It is a repost from the FSR website.

The ALS Ice Bucket Challenge has made major news headlines over the past two months. The challenge went viral on social media this summer, but it didn’t start there. For a few years, various organizations have promoted “cold water challenges” that couple dosing friends with requesting donations. In summer

of 2014, a few celebrity personalities in the sports world popularized the challenge as it directly relates to ALS, amyotrophic lateral sclerosis, a progressive neurodegenerative disease.

The popularity of the challenge and its viral spread raised ethical questions. How many people dumped water over their heads but never donated? Is this a waste of water? Should government officials participate? Will ALS groups be able to use the money responsibly? And so on…

The most persistent issue, dumping vs. donating, now seems a bit misinformed since the ALS Foundation reports that as of September 17 they have raised a total of $114 million. They have relied on transparent reporting practices and sought to meet the challenge of strategically planning what they will do long-term with this short-term (unsustainable) donation model. The juxtaposition of dumping vs. donating also sets up a false choice. We do not only donate to causes with financial resources. I would argue that everyone who took the challenge donated time to raise awareness, even if it was only among family and friends. Additionally, the viral nature of the challenge contributed to raising awareness nationally as news outlets covered the story.

Others raised the issue of whether water waste was worth the awareness and money raised. Afterall, we live in a time of climate change, water shortages, and a drastically dwindling supply of clean water globally. Celebrities like Matt Damon took the opportunity to collect toilet water to dump, educating viewers about clean water issues and promoting awareness for water.org. Others took the challenge while standing in a stream or by a lake so the water was re-captured. The ALS Association even requests on its website:

Please be thoughtful about water usage. If you’re in an area of the country or world affected by drought, please consider making a donation instead, or repurpose the water for later use.

These are salient (pun intended) ethical issues. Yet, a major issue that seems lost in the debate has been how we as a society choose to fund research to fight chronic and fatal diseases. Right now, similar to a broken healthcare system, medical research is decentralized, often competitive, and subject to the whims of philanthropic interests. This systemic problem leaves patients and their families with the burden of raising awareness, creating foundations, and persuading drug companies, doctors, and scientists to commit to research for their particular disease. The problem is not limited to ALS. We need to ask questions like: What research should be funded and how do we prioritize initiatives? Who or what group should be responsible for funding? How do we monitor the use of these resources? We need to generate a movement for medical research systems that are guided by and in service of the common good. Otherwise, we end up responding one bucket, even one million buckets at a time, without ever moving the rock.

This blog was first posted on Gathering Voices a blog of TheThoughtfulChristian.com.

Kate’s research is in the fields of Christian social ethics, moral theology, and childhood/youth studies.  She is particularly interested in issues of sexuality, race, and global consumerism as they shape our sense of moral agency and choice.  Her recent academic and activist work place children and youth at the center of inquiry using a feminist and critical social ethics lens.  She recently published “Searching for an Ethic: Sexuality, Children, and Moral Agency” in New Feminist Christianity: Many Voices, Many Views.  Dr. Ott is also co-editor of Just Hospitality: God’s Welcome in a World of Difference and the forthcoming Faith, Feminism, and Scholarship: The Next Generation. You can find more of her writings on her own personal site.