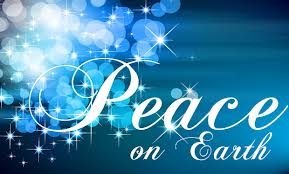 This was originally posted on Feminist Studies in Religion blogsite.

As we live in the busyness of getting into the Christmas spirit, the message of the birth of Christ gets lost in the fervor of buying present, decorating the trees and holding festive dinners.  In the midst of all this craziness of this holiday season, the theological significance of how Christ is connected to peace gets lost even to those following him.

We are living in a society where there seems to be a rise in violence (especially guns) which impacts our ability to seek peace in our everyday lives.  December 14, 2012 the unspeakable happened where 20 children and 6 adults were gunned down at Sandy Hook Elementary School. This past Friday, many across the nation paused for a moment of silence at 9:30 a.m. to remember those whose lives were taken away so quickly and so senselessly.

In light of such tragedy, how can we experience peace? How is the message of Christ’s peace to the world to be welcomed by many who face violence and tragedy? Where is peace when what happened at Sandy Hook can happen to our community and neighborhood?

Many are still horrified by the shooting of little children at Sandy Hook Elementary School. The unthinkable happened and the world is stunned and speechless. We mourn as a community, a nation and as a world.

As I think about the terror of the shooting event, I cannot help but wonder how we can be instruments and agents of peace. How can we bring peace into our world where there is so much violence and tragedies? What could we have done to prevent the horror that happened at Sandy Hook Elementary School?

A few days ago, I watched Rep. John Lewis being interviewed on MSNBC. Lewis is a U.S. Representative for Georgia’s 5th congressional district, serving since 1987. He was one of the Big Six leaders in the American Civil Rights Movement and chair of the Student Nonviolent Coordinating Committee (SNCC), playing a key role in the struggle to end legalized racial discrimination and segregation.

Because of his prominent leadership, he was being asked about gun control and the tragedy that occurred at Sandy Hook Elementary School. Lewis replied, “I cried…. I cried all day.” Rep. John Lewis has spoken out on many civil rights issues and his comments on gun control was provocative. Lewis understood the pain of losing lives shortened by gun violence.

Things have changed: therefore we need to reexamine our gun laws and understand that it is causing more pain than protection. It is tearing up families, friends, communities and the country. It is difficult to say one thing can help build a more peaceful society. However, stricter gun laws can only help in bringing more peace into the world.

We need to act now. For too many families, now is already too late.

(for another blog for Feminist Studies in Religion click here).

Grace Ji-Sun Kim is Associate Professor of Doctrinal Theology and the Director of the MATS program at Moravian Theological Seminary in Bethlehem, Pennsylvania. She is the author of The Holy Spirit, Chi, and the Other: A Model of Global and Intercultural Pneumatology (Palgrave Macmillan) and The Grace of Sophia: A Korean North American Women’s Christology (Pilgrim Press).

5 thoughts on “Christmas Reflections: Peace on Earth and Gun Violence”

'Nobody is born a religious jerk. It takes a religion to make one."